What Drives the Price of Gold? 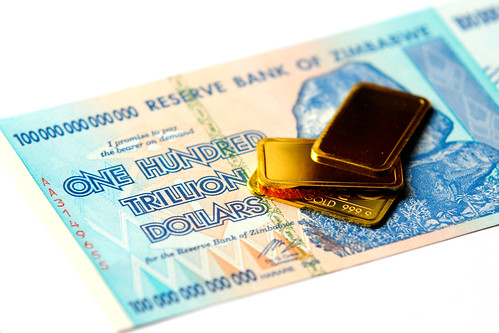 If you follow the gold market, you’ll have noticed that its price lately has been anything but stable and that its price over the past two years has been decidedly, uncharacteristically, low. Some speculators have identified the slump as the popping of a so-called gold bubble. But in a five-part series on gold for Forbes, Jack Adamo contends that the commodity’s trajectory indicates no such thing. While the price of gold had “gotten ahead of itself,” Adamo noted, its fall was rather incomparable to those of true bubbles.

Then what did happen to gold–why has a commodity of virtually inarguable valuable failed to maintain a high, or even steady, price?

Because the price of commodities is not exclusively linked to the principles of supply and demand. Adamo uses the example of crude oil in the years following 2008 to demonstrate how speculative bidding in the futures market can cause prices to rise and fall without concrete reason.

He then goes on to point out that because gold is believed to serve so many functions, from inflation hedge to incorruptible currency, there are multiple forces that act on its market price. This makes it difficult to pinpoint the cause of gold’s recent volatility. In terms of the effect that supply and demand has, he summarizes the two opposing viewpoints quite succinctly:

“On one side there’s a group that says the price of gold must rise soon since the cost in the market (a function of demand) is now very near the cost of production (supply).

“On the other side of this argument, there’s the cohort that says, basically, ‘Price doesn’t care what the cost of production is, it is driven solely by demand factors such as sentiment, utility, etc.’ and goes on to say the perceived value of gold has now dropped, and that makes demand drop further, regardless of supply factors.”

Commonly, gold is believed to be useful as a hedge against inflation–meaning that it typically maintains its intrinsic value even as the value of currency drops. And while some analysts have noted recently that gold’s usual relationship with inflation has been skewed, Adamo points out that this is perhaps due not to a changing popular opinion of gold, but rather to inaccurate representations of the country’s current inflation. The Consumer Price Index has been reconfigured a handful of times since the 1980s, and each new method appears to make inflation seem lower than the last. Based on 1980 methodology, inflation would presently be at 9.6% (as opposed to the currently reported 2%), and Adamo firmly believes that gold’s status as an inflation hedge still stands.

That said, when you do need to cash in your gold, there’s no better service to use than Cash for Gold USA. We pay more than our competitors and cover all of the shipping fees for you. Visit CashForGoldUSA.com and fill out our simple form to receive your mailing label and start earning cash for you unwanted gold!