Is it Time to Sell Your Gold? 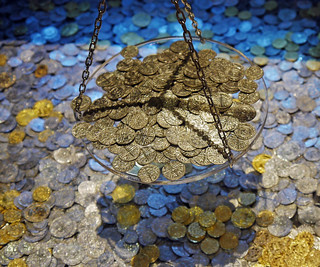 Some Wall Street analysts are calling it the end of the golden age…of gold. The recent decline in the price of gold—down 17 percent only two years after it hit its nominal peak—has caught gold bugs and small gold investors off-guard.

In the face of the recent financial crisis (when it seemed that the world economy was on the precipice of implosion in 2009) many people hurried to bolster their reserves with gold, considering it the most secure investment against the supposed rampant inflation that was to follow the Federal Reserve’s loose monetary policies—the cornerstone of the gold bug argument.

But that dreaded other shoe never dropped.

On the contrary, the economy seems to be looking up, and the price of gold is consequently beginning to drop at a rapid and, to some, alarming pace. And as the price of gold threatens to fall, now is the time to sell and get the highest return on your investment.

A Gallup poll from April 2011 showed that 34 percent of Americans considered gold the best long-term investment, beating out all other investment categories, such as real estate and mutual funds. But how did this illusion of gold’s eternal infallibility become so deeply ingrained in the American psyche?

From 1999 to 2011, gold saw a whopping 650 percent rally—gold’s veritable golden age—causing many investors to believe that its value would never stop increasing and would hold up even against the economic demise of fiat currency. The financial industry took advantage of this notion and spent many millions marketing gold as the best long-term investment. Talking heads touting gold on conservative news channels, effective marketing campaigns from companies such as Goldline, and the Republican Party’s emphasis on a return to the gold standard in its 2012 platform evidently convinced many Americans.

In fact, Goldline, the retail company that most famously benefited from the dwindling gold rush, has been reported to have cut its cable advertising spending from $17.8 million in 2010 to $3.7 million.

Now, big banks and Wall Street analysts are one by one projecting further declines in the price of gold. According to the New York Times, Goldman Sachs predicted just last month that the price of gold would decrease another 11 percent within the year.

No matter how unstable the future of gold is, one thing is certain—you can get top dollar for your gold jewelry, coins, and watches at Cash for Gold USA. And with a potential decline impending, now would be a great time to sell your unwanted gold and turn a profit. Request your free GOLDPAK today at CashforGoldUSA.com and find out how easy the process really is.